About 2,000 years ago, a kingdom known as Petra was carved out of the pink sandstone in the desert of Jordan. A nomadic people called the Nabateans populated the city and made it to be one of the grandest and most prosperous in the ancient world. The Nabateans engaged in the lucrative incense trade, linking Egypt to Greece.

For centuries, the Nabateans were unconquered until the Romans arrived in 63 B.C. The Roman influence can still be seen in the Hellenistic architectures that remain to this day. Although many of the areas in Petra already lie in ruins, we can still glimpse into the beauty of the city and its grandiose past.

Because of its unique and picturesque form, Petra has been featured in so many films – Indiana Jones and the Last Crusade, Transformers: Revenge of the Fallen, to name a few.

Petra is quite huge – 60 square kilometers. One whole day is not enough to cover everything. I believed we covered only about a third of the city during our visit. Nevertheless, in this photo series, I tried to capture as many images as I could but I guess it’s not enough to show the grandeur and magnificence of this ancient city.

<<Please click on the photo to view a bigger image>> 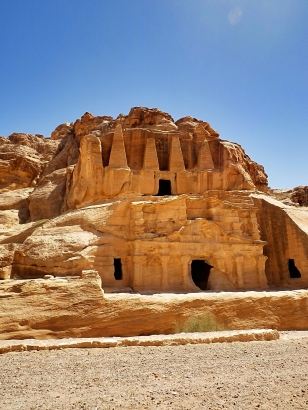 Bab Al Siq was probably carved by the Nabataeans in the 1st century AD. It is an Obelisk Tomb that has three massive Djinn blocks, which are squared monuments carved out of the rock. Above the tomb are pyramids that is a symbolic representation of the five people buried there. An inscription written by “Abdomanchos” circa 40-70 AD indicates that the tomb was to be used for himself and his family. 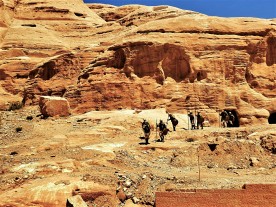 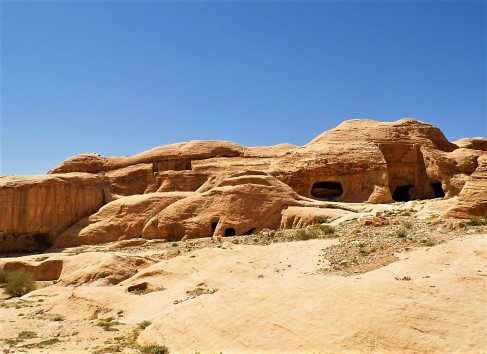 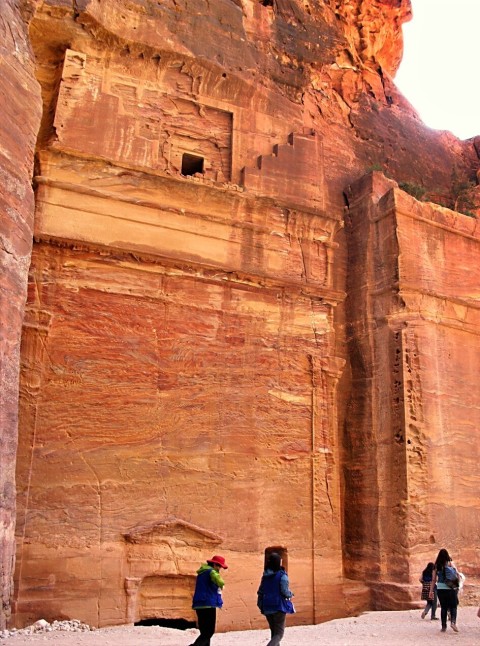 AL Khazna, commonly known as the Treasury, is the most magnificent and grandiose façade of the city. It is believed to conceal the Pharoah’s treasure. 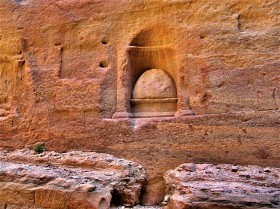 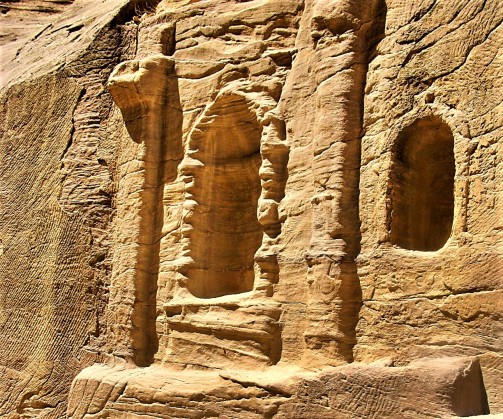 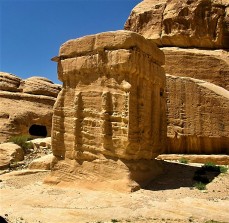 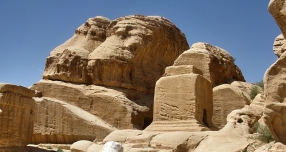 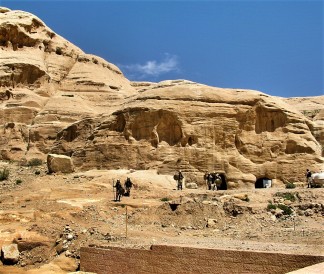 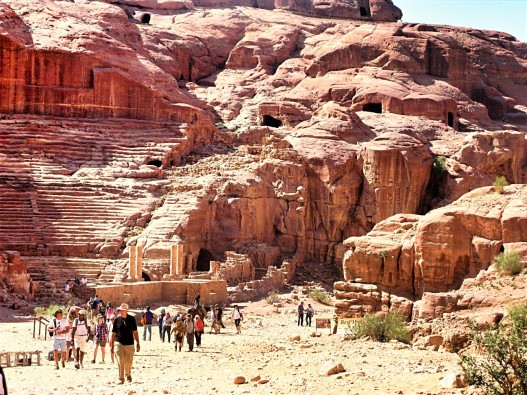